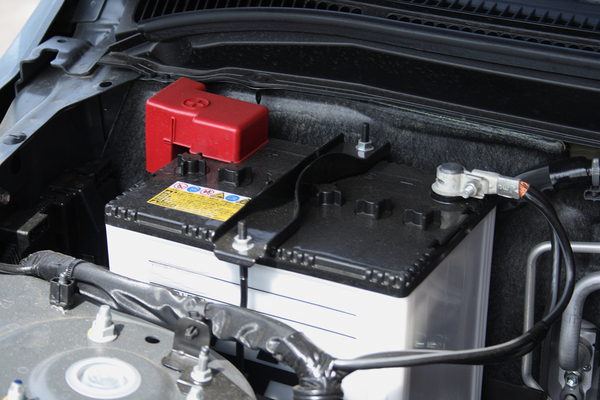 Battery isolators aren't the flashiest part, but they're also often the only part standing between the function or failure of a vehicle, boat or machine. Here's what a battery isolator does, why it's important, and how to spot the right one for your needs.

What Is A Battery Isolator?

A battery isolator's primary role is as sort of a traffic cop for your battery system. It allows DC power, usually from an alternator, to flow through the isolator into multiple branches, with electricity only flowing one way in each branch. For example, if you've got several batteries on a truck, you can wire them to the isolator, instead of in series, so if one battery is drained, it won't pull current from the others.

Its secondary role is to help manage high-current loads on vehicles. Lifts, winches, and other common vehicle tools will all turn up with a battery isolator on board to help better manage current and keep batteries at their best.
How Do Battery Isolators Work?
Vehicles have a starting battery that provides enough power to start an engine, headlights and critical systems.

This main battery is not typically designed for frequent deep discharge cycles since the alternator supplies power to vehicle circuits when the engine is running.

However, some vehicles include additional auxiliary batteries to power other devices which also need to be recharged, frequently by the alternator.

The Battery Isolator is what allows this charging to occur while keeping the auxiliary devices from accidentally discharging the starting battery.

This infographic from Cooper Bussmann Sure Power illustrates this process.

Why Are They Important?

Have you ever gotten in your car on a cold, snowy night, after realizing you left your lights on, and heaved a sigh of relief when the engine turns over? A battery isolator is likely why that happened, and in many vehicles, from personal ones to fleets, that's their primary role; to ensure the main battery is charged. It's become an increasingly important job too, as vehicles have become more complex.

No matter what their age, a battery isolator ensures you get the most from your battery.

Many fleet vehicles have auxiliary batteries which power everything from the lights in the cab, to navigation systems in the dash, to various clocks and computerized systems. If one of those auxiliary batteries is drained, or failed, that will shift the load to the primary battery, if wired in series. Just like leaving your lights on can kill your battery, even a dashboard clock can, if left to its own devices, leave a vehicle stranded if enough time passes.

Battery isolators, however, guarantee that won't happen. Because they only allow current to flow one way, if an auxiliary battery goes out, you may have some non-functional systems, but at least they won't have drained your primary battery. Especially with commercial vehicles that need multiple auxiliary batteries, it's a powerful tool for preventing breakdowns.
Which Is Right For Your Needs?

When looking at battery isolators, your first question should be concerning load. Like any automotive electrical product, battery isolators are rated to carry certain loads and no higher, so it's worth determining how much power you'll be distributing before you pick an isolator.

Secondly, you should see how many batteries each isolator will need to support. While it may be possible to wire isolators in series in some situations, it makes far more sense to pick one isolator per circuit and wire everything to it. The fewer links in a chain, the stronger it is, after all.
Finally, be sure to choose an isolator you can properly install, as the fins around the casing are often a crucial piece for proper function.
Waytek is proud to offer top-of-the-line battery isolators from Cooper Bussmann Sure Power and Cole Hersee By Littelfuse, 2 of the most respected names in battery management. Here are a couple of Waytek's top sellers in this category: