When considering the generic application for circuit protection within the confines of appliance or equipment design, there are 3 significant categories of consideration.

1) Avoidance of hazardous conditions for operating personnel and others indirectly involved.

2) Any reduction in size of current-carrying conductors.

The safety issue is undoubtedly the most important of these three. The primary safety focus is to eliminate two types of hazards:

The safety consideration manifests itself most often in the primary-input circuit protector. In this application, power enters the appliance and is immediately met by a protector that is ready to take the system off-line when required.

The matter of current reduction is really a traditional definition for circuit protection application. Anywhere there is a reduction in the size of a current-carrying medium; the potential exists for a fault to exceed the limits of that medium. For example, wire is designed to carry 20 amps, and is protected accordingly. If a branch circuit is taken from this 20-amp circuit utilizing wire (which, depending upon insulation, is rated to carry 3 amps), then a dangerous overload in the 3-amp circuit (say, 15 amps or a 500% overload) would not be noticed by the 20-amp circuit. (Figure 1) 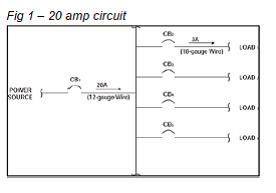 The third issue involves the design of fault-tolerant equipment and relates to the case illustrated above involving distributed power through branch circuits (Figure 1). If the low-amp branch circuits are independent functions, a fault in one circuit should not take the whole system down. By inserting a circuit breaker in each of the branches, the fault is isolated to the least-affected circuit, leaving the others to function normally. 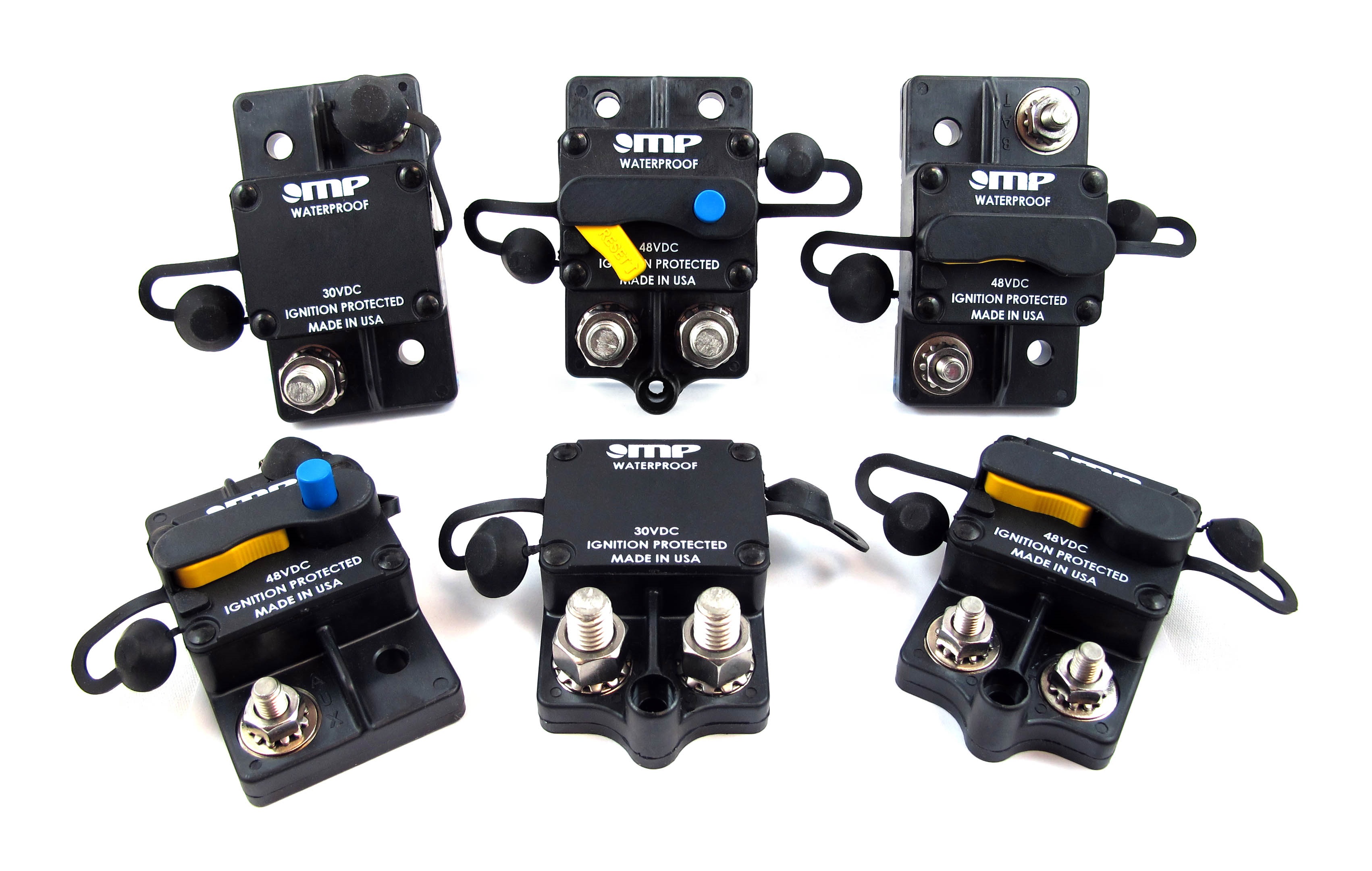 In the discussion of circuit protection, it is convenient to separate fault conditions into two types. They are distinguished by virtue of their magnitude, but also by their cause-and effect relationship. The two are overload and short circuit.

An overload is a condition where, for various reasons, the current level within an electric circuit exceeds its specified limits but continues along its designed path. An excellent example is a stalled motor. This situation, at least initially, exceeds the normally specified steady-state condition. Overload will occur at start-up, or if the rotation of the motor is impeded in some way.

This overload will generally be in the area of 300–700% of the rated current level of the device. Start-up conditions are allowed for within most circuit designs. Other extended overload conditions must be protected.

Short circuits, on the other hand, are conditions that occur when the current path to the load is bypassed with a very low or negligible resistance path. Under this condition, excessively high current flows, which represent a significant hazard both to the appliance and attendant personnel.

Topics: How To, Circuit Protection, Overcurrent