How To Reduce EMI with Twisted Pair Shielded Cable 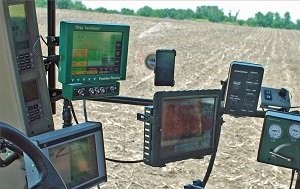 EMI is a process by which disruptive electromagnetic energy is transmitted from one electronic device to another via radiated or conducted paths, or both. In an automotive electronic system, EMI can adversely affect the performance of an integrated circuit internally, as well as that of other electronic components in close proximity.

EMI problems can manifest themselves as simple nuisances such as static on the radio. Or they can create a dangerous problem such as loss of control of the vehicle. Special care must be given to "mission critical" systems; especially those that deal with the control and safety of the vehicle. Some of these internal systems include:

Reduce EMI with “The Twist”

“The Twist” refers to twisting of a pair or pairs of wires to reduce crosstalk, RFI and EMI. In a twisted pair, two conductors of a single wire are twisted together in order to carry equal and opposite signals so the destination detects the difference between the two, which is known as differential mode transmission. Noise sources introduce signals into the wires by coupling of electric or magnetic fields and tend to couple to both wires equally. The noise thus produces a common-mode signal which is canceled at the receiver when the difference signal is taken. Twisting the wires to reduce inductive coupling reduces the noise (in comparison to no twisting) by ratios varying from 14:1 (for four-inch lay) to 141:1 (for one-inch lay). In comparison, putting parallel (untwisted) wires into steel conduit only gives a noise reduction of 22:1. (EETimes)

Figure 2 (left) demonstrates crosstalk between wires: a magnetic field generated by current flowing in wire A causes an unwanted current to flow in wire B. (EETimes)

STP cabling, also called shielded control cable, works by attracting electromagnetic interference and neutralizing it with a grounded cable. Problems can arise if that cable is improperly grounded. If not grounded properly, STP may lose its ability to cancel noise. This type of cabling is also bigger and more sensitive to work with than UTP cable. To make the best use of shielded twisted pair wiring, it should be used in industrial settings where the surrounding equipment gives off elevated amounts of electromagnetic interference, and the installer should pay very special attention to ensuring it is grounded properly.

Since unshielded twisted pair cabling has no foil shield and relies on the way the pairs inside the cabling are twisted, it is more susceptible to electromagnetic interference in industrial settings. UTP is a good choice for CAN systems and similar network cabling systems. UTP is smaller than STP cables, so it's easier to work with, especially in the space restricting designs of vehicles and equipment panels. UTP transmits data just as fast as STP, and it is more cost effective.

Some data was used from an EE Times Article: Use a twist (and other popular wires to reduce EMI/RFI) http://www.eetimes.com/document.asp?doc_id=1279624